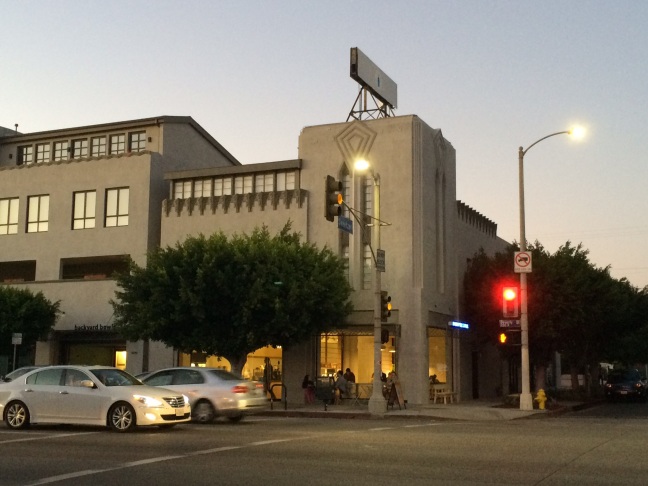 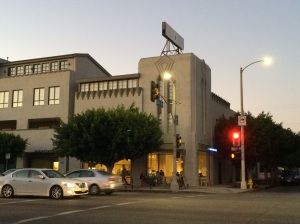 Weather conditions: Sunny & mild on the outbound leg; cool and dark on the return 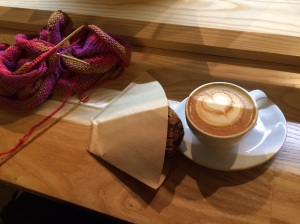 Bloomers of the day: Hot Pink Zebra Stripes (my route for this final ride may have been tame, but not my bloomers!) 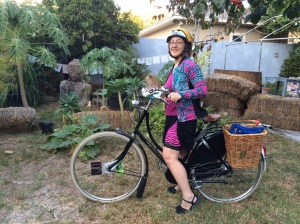 Bike-friendliness: Accessible via bike-friendly streets. Sidewalk bike parking visible from both indoor and outdoor table areas. I had brought along my heavy duty locks, knowing that my bike could be vulnerable in this area, but visibility of the spot I got made me feel the extra lock was unnecessary. 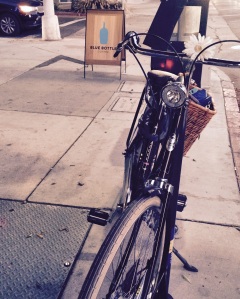 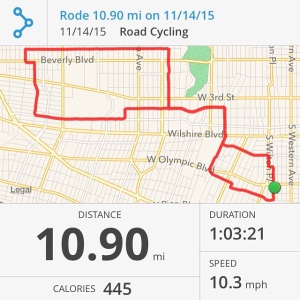 As much as I would have loved to go out with an epic journey, my full schedule for the weekend just would not allow for a lengthy ride. I decided instead that it would be good to select a coffee shop in a part of town not yet covered in my prior coffeeneuring outings. I rather like that I have covered a fairly decent selection of places in different parts of the Los Angeles area, and it would be a shame not to include something from the mid-city area.

I was only going 5 miles from my home, so I made sure to at least vary my outbound and return routes, forming a loop of sorts. I started out heading west out of Country Club Park, then north into Hancock Park. This is a route I take for my morning commute. It’s a longer way to get to work, and well worth it because the streets are wide, and the big historic homes are beautiful. 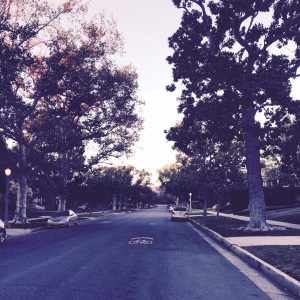 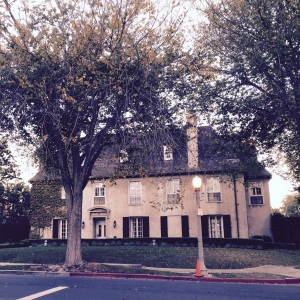 My route this late afternoon differed from my commute in that I turned west instead of east when I got to 4th Street. This is a designated bike route that was supposed to be L.A.’s first bicycle boulevard/greenway. Although the street improvements have yet to be installed, and the pavement is in poor shape in many places, it does have sharrows and gets lots of bicycle traffic, without too many motorists. At 4th & La Brea, I snapped this photo of the statue of Lenin’s Head that is always a source of mild amusement. 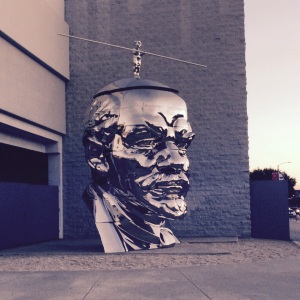 I continued on past Park La Brea, crossing Fairfax, and then heading north into the area between the Fairfax Farmer’s Market and Beverly Center, to the corner of Beverly & Sweetzer.

Blue Bottle Coffee is described on Google Maps as a “hip café for gourmet coffee and pastries”, which seems in line with the vibe of the place. The counter area is quite designer-esque. 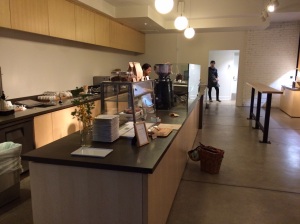 And near the entrance is an impressive display of gadgetry for the connoisseur seeking to perfect their home brew. 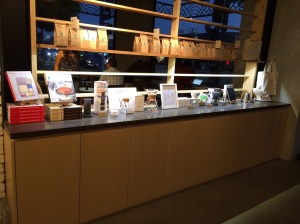 I like asking the barista what drink they recommend for someone trying their coffee shop for the first time. This one suggested I try the cappuccino, so I did. I also couldn’t resist trying one of the ginger molasses cookies on display.

Even the cup and saucer were artsy-cute. And my cookie was presented to me inside a coffee filter. Both the cappuccino and the cookie were delicious.

It was dark when I left, and I went further north one block to take Oakwood back east, all the way to McCadden, where I went south until I got back to the good ole 4th Street bikeway, which took me back into my neighborhood. The wide streets of Hancock Park are also pleasant for night riding. It’s dark, but there’s little traffic and the wide streets make it easy for what cars do come along to pass safely.

I arrived home feeling both a little sad, and a little proud, about completing my first coffeeneuring challenge. I look forward to doing it again next year.

One thought on “Coffeeneuring the Seventh: Blue Bottle Coffee in Mid-City”